The commercial sex scene in Sofia is not so obvious and open as in many other Easter European cities but it is overwhelmed by striptease clubs and hidden small brothels which are hard to recognize for a foreigner. There are many underground brothels in Sofia, tucked away in private flats and apartments. They do not advertise because they do not have to and do not want to draw the attention of local authorities. Also there is a lot of street action taking place in Sofia, mainly Roma girls involved.

Via CamContacts you can meet several Bulgarian call girls. Bulgarian pro and semi-pro girls are listed too in adult dating sites like Adult FriendFinder and Fling.com.

Angels of Sofia: directory of mostly agency and sex club girls in Sofia.

Kompanionki.bg: listings of independent and agency girls in Sofia.

Na Pazar: online advertising magazine with many classifieds of prosititutes in Sofia.

Bazar.bg: another online advertsing portal with many classifieds of Bulgarian sex service providers.

CallGirlsBG.com: directory containing profiles and pictures of Bulgarian callgirls in the capital and other regions and cities like Plovdiv, Varna and Burgas.

In our overview Sofia escorts you can find more prostitutes in the Bulgarian capital.

Many of Sofia’s brothels are located in Vitocha boulevard and ask usually low prices, starting from only €30 per hour. VIP Club Kontesa is a small club at street Vitosha 16, floor 2, suite 2 and has several girls who provide incall service and massage. Other brothels are Europa (Praha boulevard 32) and Amour (Skobelev Boulevard 69). Many brothels and clubs have also escort girls who can visit your hotel or apartment.

You do not have to search long time for street hookers in Sofia. As so often the area around the big hotels in Sofia is playground of street prostitutes, like Sveta Nedelya Square in front of the luxurious Sheraton Sofia Hotel Balkan. In the Happy Grill restaurant opposite to the Sheraton there is also possibility to order girls through one of the employees there. The same goes the areas around Lion Hotel and Sun Hotel which are often frequented by streetwalkers, usually Roma girls. Street action is also taking place along the big boulevard Maria Luisa and near Luvov Most (Lion Bridge). The streets area at the back of the old Market Hall near Scotty’s hotel are also worth a try when looking for street action. With your car you can pick up girls in Simeonovo street and on the highway near the Mladost district where often Roma ladies try to grab your attention.

Plana Hotel: in the area around this three stars hotel situated on Ivan Ivanov street 85 provides good opportunities to pick up ladies.

Hristo Botev boulevard: same street as where the Sin City nightclub is located.

Park behind the National Art Galery and the Aleksander Nevsky Cathedral; this area is sometimes frequented by working girls of different quality.

In Shans 2 hotel at street Kiril i Metodii 96, near the central railway station, you can rent a room for short period and bring girls. In the cheap prized Pliska Hotel you can order girls through the security staff. Radisson SAS Grand Hotel is considered to be one the most girl friendly hotel. Also girl friendly is the three star Serdika Hotel, in the very centre of Sofia and close to the Alexander Nevski Cathedral. As mentioned above, the Plana Hotel is another girl friendly three stars hotel in Sofia. Usually the staff in hotels allows to bring girls for the night but it is very common that they require registration and not rarely an extra fee will added to your hotel bill. A good alternative to hotels is to rent a fair prized apartment via agencies like Sofia Apartments and Apartments Rositza. The Bulgarian travel company Sara Tours offers luxurious and more simple apartments, furnished flats and studios for short and long-term stay in Sofia. The on line portal for accommodation in Bulgaria BgStay has a large offer of accommodation for short rental in Sofia and all over the country. You can also consult international on line booking agencies like ApartmentsApart and Only-apartments.com for cheap prized accommodation in Sofia.

Plana Hotel: this 3 star hotel on Ivan Ivanov street 85 has the reputation of being tolerant towards bringing girls to your room. 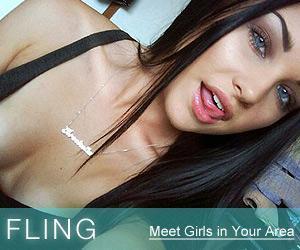