Being the cradle of wine, going out in Georgia is pretty much about having a delicious meal with a few bottles of outstanding local liquids to go with. Also nightlife of Tbilisi is focused on dining and wining with on top of it stylish bars and flashy nightclubs. The best area for eating and drinking is the Old Town and more specific in and around Akhvlediani (formerly called Perovskoy and still known by that name), along with neighbouring Kiacheli and Vashlovani street. Here you can find a wide variety of cafés and restaurants, often with live music included. Laghidze street, running down off Rustaveli street next to the Opera House, offers also a strip of lively bars.

For dancing the night away, Zen Club, a two floors nightclub in the Old Town of Tbilisi on Rkinis Rigi street 11, is an excellent venue. Zen is always busy and packed with a young outgoing crowd. Nearby is Night Office, the number one party venue and hottest club in town. This hi-tech, laser-illuminated club houses three bars and has room for 1000 clubbers who can dance to pulsating house, (minimal) techno, trance, break-beat and club music. Night Office, situated on Baratashvili Street, under the Baratashvili Bridge, features some of the finest Georgian DJs and international guest DJs who are flying in every weekend. Other great clubs in Tbilisi are Neptune Club, Noa Noa and Tunnel Club located on Asatiani street 30 near the botanical garden. Tunnel Club is established in a former nuclear shelter in the hill below the Statue of Mother Georgia and features probably one of the longest and thinnest dance floors in the world. G.U.R.U. club (Rustaveli Avenue 12) is very popular with the trendy and beautiful crowd in Tbilisi. You are assured to see the finest selection of Tbilisi girls dancing to the tunes of foreign host DJs if you stop by G.U.R.U. club at weekends.

Acid Bar on Laghidze 2 in the North-West of the Old Town is a little trendy café frequented by a crowd of students and hip youngsters. The Cuba-themed café is an excellent venue to start the evening in a relaxing and friendly ambiance. A similar young and trendy audience can be found in Moulin Electrique on Erekle II street 4/10. Not far from Acid Bar you will find Traffic (Leonidzis chikhi 1). Traffic is popular with locals and expats who are attracted by the large numbers of beautiful Georgian girls dancing to the electronic beats. Another club with minimal techno and other electronic styles on the menu provided by interesting resident and guest DJs is Switch on Rustaveli 37.

One of Tbilisi nightlife legends is JR’s Club in the upscale Sheraton Metechi Palace Hotel on Telavi street 20. On Fridays and Saturdays JR’s is always frequented by stunning girls, including some pro and semi-pro girls, obviously looking around for customers. The Hangar, an Irish-American bar in the centre of Tbilisi on Shavteli street 20, is packed with expats and is usually visited pro and semi-pro ladies who will be glad to accompany to your hotel. Semi-pros can also be found in the British pub Smuggler’s Inn, another expats favourite in Tbilisi on Chavchavadze Avenue 42.

Fashion TV is one of the most popular channels with youngsters in the whole territory of the former USSR and shown on screen in many bars and clubs. With the trendy Fashion Bar, the TV channel has now its own club in Tbilisi, the first one established in the Caucasus countries. Fashion Bar is located on Rustaveli Avenue 18 and a favourite hangout of the beautiful and trendy crowd in Tbilisi. Fashion Bar features a trendy club on the ground floor where international DJs spin their records and a stylish café-bar on the top floor. There are many fashion shows and model competitions on the menu and the local girls frequenting the events in Fashion Bar are sometimes as gorgeous as the hot models and dancers on stage. Chardin Bar on Sharden street 4 is another trendy place pulling in the fashionable and beautiful of Tbilisi. The music is usually ambient and techno and it is a popular place for drinking cocktails and having a chat before clubbing.

Tbilisi has many Turkish restaurants, situated on the western part of the Freedom Square and in the complex below the Hugo Boss shop on Rustaveli Avenue 37. The Turkish restaurants offer more than food and Turkish delight and have the notorious reputation of being the main suppliers of working girls, amongst several Russian, Ukrainian and Moldovan ladies.

Update nightclubs and bars in Tbilisi:

Bamba Rooms Lounge: sleek stylish designed lounge bar on Bambis Rigi street 12 in the Chardin area. During daytime its is a rather casual lunch restauranet while at evenings in transforms in a glamorous club when the hip and beautiful crowd of Tbilisi drops by. It can be challenge to convince the strict bouncers to let you enter this Tbilisi nightlife hot spot. 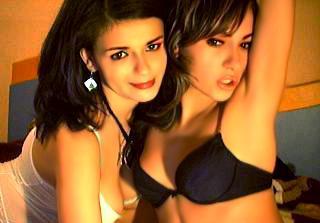 We have 17733 guests and no members online